How A Little Boy Changed A Elderly Man’s Life

How A Little Boy Changed A Elderly Man’s Life 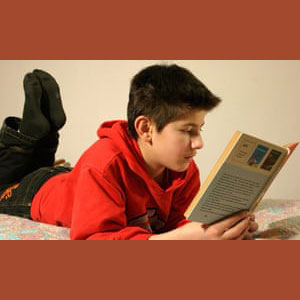 I want to tell you a story that touches my heart time and time again. I often speak to youth groups about random acts of kindness. About a year or so ago I spoke to a wonderful group of energetic children. When I finished speaking, one of the teachers pulled me over to the side.

“See that little boy over there Linda? Michael is a wonderful young man. Although his parents hold down three jobs, they are still very poor. He is the oldest of three children and he has a lot of responsibility with his brother and sister. He cooks for them every evening and helps them with their homework. However, he continues to struggle with his reading. We need to find a way we can help this boy.”

The day before I had facilitated a support group. A woman in the group cried the entire time. She said her husband was a retired English teacher and that he was confined to a bed and he felt hopeless.

The light bulb went off!

I met with the elderly man the next day. I told him of the young boy who was struggling in reading and asked if he could come and read to him twice a week.

I then met with Michael. I told him there was an elderly man who is very lonely and wondered if he could go and read to him twice a week.

“I would love to do that!” Michael said with enthusiasm.

About two months later I got a call from the woman. She calls her husband Mr. Ornery.

“I have to tell you Linda on the days that Michael comes to read, Mr. Ornery is happy from the moment he opens his eyes until the moment he closes them in the evening.”

The next week I met Michael at the supermarket.

“Did they have milk boxes outside your house when you were a kid?”

“Yes they did.” I responded with a chuckle.

At the end of the school year Michael’s reading grade went up from a D to an A. He was learning a history that will be lost if we don’t speak to our elders. And Mr. Ornery was happy at least two days a week.

A few months later, Mr. Ornery and his wife decided to move back to their hometown over 3000 miles away to be closer to their family.

Michael and Mr. Ornery continue to read and chat together via Skype.

“Linda, Mr. Ornery now has seven children that read to him. And two of them call him grandpa because they never had a grandfather. Although he is confined to that bed, I have not seen him this happy in many years! His love for these children has changed our lives.”

I was thrilled as I shed a few tears of gratitude.