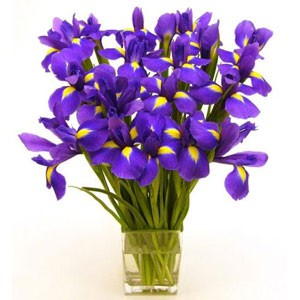 Choosing to believe in something when you are not yet able to see it is an action of faith! It is a powerful mindset that successful people choose to practice in those moments when darkness appears to be covering the path. Remember the path is still there; it is just momentarily being covered by clouds of doubt and fear. Acknowledge the feelings of doubt and hopelessness, and also acknowledge the belief that you can and will reach your goals! This simple action of choosing to believe even when you cannot see the full picture has everything to do with whether or not you succeed. When it looks like hope is lost, faith is the choice you make to sustain you through the challenges. Believe things will work out for the best and they will!

Again I shuffled the deck and randomly pulled a card and this is the card that arrived. I decided to include the full write up from my Inspiration Card booklet because I think the message is so important right now in the current state of affairs.

Belief is a powerful energy; in fact, much more powerful than most people recognize.

After all, it was a powerful belief that encouraged the Wright brothers to listen to their dreams and imagination!

However, in times of uncertainty it is easy to get derailed by fear based thinking and our beliefs can become skewed in unhealthy ways.

Case in point, on a recent episode of the Dr. Phil show a woman was being taken for a lot of money by a man she met on the internet but never met in person. She believed he loved her and that they would eventually be married. Her daughter and sister had contacted Dr. Phil because they could not seem to get through to her that she was being scammed.

Dr. Phil presented her with a lot of tangible and factual evidence and still she believed he loved her. As her story unfolded you found out that she had been widowed.

In the end Dr. Phil was able to break through to her, but it is a good reminder our how fear can blind you to the truth.

Remember to be vigilant with your mind. Put good content in front of you and limit your exposure to negative content.

If you are experiencing fear and doubt that you can’t seem to shake, share them with a trusted friend or helping professional and process those fears in a healthy way.

Put good stuff in your mind and good thoughts and feelings start to come out!

Dedicated to raising you consciousness!

← What is an Aging Life Care Professional? My Grateful Heart →